As I related in a recent post, I made a vow, six years ago, to be celibate. I invited a hundred friends and family together for the ceremony. Friends did a skit about my journey out of the closet, Jesse sang Orphan Girl, Dan sang If it Be Your Will, Debbie preached from Scripture and quoted Jayber Crow, and Dale officiated as I made promises. Afterwards we ate, danced, and testified. 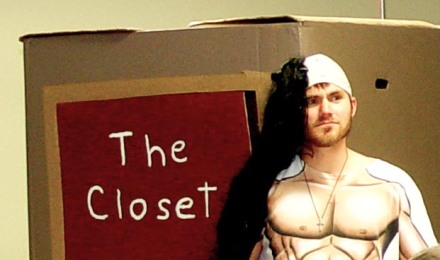 I’ve wondered if I made too big a deal of it. Did I try to valorize a simple step of obedience that God was asking me to take? Was it an enormous exercise of ego? Was it my inner drama queen coming out? Was it a jealous, “I’m gonna have my wedding day too?”

I’m sure my pride was a motivating factor. But here is the outcome I didn’t expect: on that day I felt overwhelmingly, euphorically, well-loved. I emerged from that day feeling commissioned, blessed, humbled by care, and stuffed full of grace.

In general I’ve struggled to feel God. But that next week as I stayed at a monastery overlooking the Pacific Ocean, the jokes people had made about a “honeymoon with God” turned into an unexpected reality. I walked around feeling so love-infused that I and all the world shimmered.

Now, six years later, I’ve recently gone through a period of feeling the costs of celibacy and I tried to list some of them. But I’m also aware of my tendency (a well-documented human trait) to feel the difficult more than the good. I want to tell the truth about the good of celibacy.

a. I’m glad I’ve finally chosen. Years ago, Susan Littwin wrote The Postponed Generation. Littwin relates how in a consumer culture, we’ve become so paralyzed by all the options, and so enthralled by the belief that happiness lies in choosing correctly, that we postpone the living of our lives.

As a gay man I wondered if God might do a miracle and send me a woman that I could love, Or, conversely, would I find the book that would completely convince me that gay relationships are affirmed by God? Entertaining such thoughts, I walked into parties and turned gaydar on high. I scanned the crowd wondering: is he a Christian? Gay? Someone who might warm to a scattered, balding, introvert?

I lived waiting for that future magical moment what would determine my life. But, by living in that imaginary moment, I was missing the now. I was missing my life. I decided to choose the life God was actually giving me, without grasping at a future fantasy. I adopted Jayber Crow’s resolution “I try not to let good things go by unnoticed.” I determined to excavate and explore the life I have for all its wonder and worth.

b. I’m glad for the gift of discretionary time. Living in an intentional Christian community, I get to see families up close. Currently there is a nine month old named Jack among us who is so cute that when he arrives in a room people forget what they’ve been talking about. It is as if Jack thinks he is always in a parade, responsible to smile delightedly at all his fans.

Jack is a miracle. His parents feel almost insane with love for him. I wonder though if his cuteness isn’t a God-given protective mechanism given all the havoc he wreaks on his parents’ lives. Between the random wake-ups in the middle of the night, the constant breast-feedings, the diaper changes and the incessant demands to be held and engaged, Jack is a high maintenance man. His parents report feeling half-crazy due to fatigue. Between work, community, Jack and his brother, they rarely have free time.

I, on the other hand, have hours of discretionary time each day. I sometimes overschedule, or waste it, or use it selfishly. But there are times I redeem it by loving a friend, receiving the gift of a good book, or by simply sitting in a chair feeling my feelings—the sensations of a creature gifted with a life. I love the freedom of determining what to do with my time and I don’t want to take this for granted.

c. I’m glad to have spiritual children. This one may seem hyper-spiritual, or sentimental, or even the wistful thinking of the barren, but nevertheless it is true and I should name it.

I know the possibility of “spiritual children” to be true because I’ve had spiritual parents. Steve and Laura Reed modeled the way into an adventuresome, holistic Christianity. Jack Bernard read books with me and introduced me to theology. John Alexander mentored me in the way of community. The clearest sign of God’s faithfulness in my life is this: God brought the right people into my life at the right times.

An older friend, who is a parent, once told me that “sometimes your truest children are not your biological ones.” Being single, I have time to give myself to that central Christian practice: discipleship. Each year the church community of which I’m a part offers an apprenticeship and I get to mentor someone and teach. Many of these relationships last for years and are sources of mutual encouragement and blessing. I watch as people go on to love, serve, and disciple others, and I know my life to be abundant.

I am a man who has lived without romance, but not without love. I’m embedded deep in a web of relationships in which I know myself to be loved, in relationships in which love is demanded from me. It is not all that I sometimes hope, but it is enough. As I use my time for practices of prayer, worship, solitude, Sabbath, and celebration, I find myself content and satisfied.

As part of my celibacy ceremony, Debbie read Jayber Crow’s reflection on his life as a single man. Jayber muses, “I am a man who has hoped, in time, that his life, when poured out at the end, would say ‘good-good-good-good-good!’ like a gallon jug of the prime local spirit. I am a man of losses, regrets and griefs. I am an old man full of love. I am a man of faith.”
Yes Jayber yes. I lift my cup and say, “Hear, Hear!” 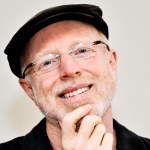 Tim Otto is a pastor at the Church of the Sojourners, a live-together Christian community in San Francisco. As an RN, Tim worked on the first AIDS ward in the United States for fourteen years. He recently wrote Oriented to Faith: Transforming the Conflict over Gay Relationships. You can also find him on Facebook or on Twitter at @Tim_Otto.