Yesterday Joseph Nicolosi, who played a prominent role in promoting reparative therapy, passed away unexpectedly from complications from the flu. Although Spiritual Friendship exists in large part to provide an alternative to Dr. Nicolosi’s approach, we join in praying for the repose of his soul and for those who were close to him, that they may find consolation in this difficult time.

Eternal rest grant unto him, O Lord, and let perpetual light shine upon him. 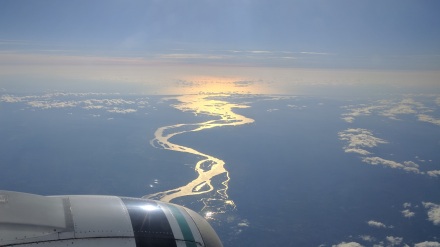 In yesterday’s post, I alluded to a pilgrimage to France with my friend Steve in October of 2002. Today, I want to reflect more deeply on that experience.

On the morning of September 17, 2002, Steve had checked into Swedish hospital in Seattle with stomach pain. That afternoon, following a wide array of tests, an oncologist broke the news that he had pancreatic cancer, and had as little as three months to live.

Later that week, I received a cryptic phone call, asking if we could meet to talk. We met at a Vietnamese restaurant, and over enormous bowls of Pho soup, Steve asked if I would be available to accompany him on a pilgrimage to Europe. He wanted to bathe in the healing waters of Lourdes, and if his time on earth was to be limited, he wanted to use some of it seeing some of Europe’s great pilgrimage sites.

I had a conference to attend in San Diego in early October, and another in New York in early November. But if we spent the last three weeks of October, I could do it. We hastily booked plane tickets, and sketched out an itinerary.

END_OF_DOCUMENT_TOKEN_TO_BE_REPLACED

This Thursday, my mother, Beverley, and I will give a talk at the World Meeting  of Families in Philadelphia, “Always Consider the Person”: Homosexuality in the Family.

What are some ways that Catholic families can respond to a family member’s disclosure that they are same sex attracted, or the announcement that they are gay or lesbian? Ron Belgau, a celibate gay Catholic who embraces and Church teaching, and his mother, Beverley Belgau, will share their own stories as a way of highlighting some of the challenges faced by same sex attracted Catholics and their families. They will also talk about how Catholics should respond with both grace and truth to gay or lesbian friends or family members who struggle with or reject Catholic teaching on chastity.

END_OF_DOCUMENT_TOKEN_TO_BE_REPLACED

I recently came across a homily that Pope Francis delivered last year, and thought I would share it. Lent is usually thought of as a time for fasting, but it is also a time for prayer. Francis reminds us that Moses “speaks freely before the Lord” and in doing so “he teaches us how to pray: without fear, freely, even with insistence.” He reminds us that our deepest and most nourishing spiritual friendship is the friendship that we cultivate with God in prayer. This summary of the Pope’s homily comes from L’Osservatore Romano, Weekly ed. in English, n. 15, 11 April 2014.

In his homily at Holy Mass, Pope Francis reflected on the nature of prayer. The Pope based his reflection, and the little “manual” of prayer he proposed, on the day’s first Reading from Exodus (32:7-14), which recounts “Moses’ prayer for his people who had fallen into the grave sin of idolatry.”

The Pope introduced his remarks by noting that God reproved Moses, saying to him: “Go down; for your people, whom you brought up out of the land of Egypt, have corrupted themselves.”

It is as though God wished to distance himself through their dialogue, saying: “I have nothing to do with this people; they are yours, they are no longer mine.” But Moses responds: “O Lord, why does thy wrath burn hot against thy people, whom thou has brought forth out of the land of Egypt with great power and with a mighty hand?” The Pope observed: “the people stood as it were between two masters, between two fathers: the people of God and the people of Moses.”

END_OF_DOCUMENT_TOKEN_TO_BE_REPLACED

I recently came across the work of Richard Sipe, a former Catholic priest who released an extensive longitudinal study of the sexual practices of Catholic clergy in 1990. Though the book largely focuses on failures to live out celibacy, Sipe points out what he found to be four essential elements of a “mature adjustment to celibacy”:

END_OF_DOCUMENT_TOKEN_TO_BE_REPLACED

Two years ago, as I was just beginning to think more critically about my faith and sexuality, I attended a wedding. It has been interesting to revisit the memorialized emotions that accompanied the ceremony, to examine the well-worn paths down which my uncertain thoughts routinely fled when confronted by longing and sorrow. 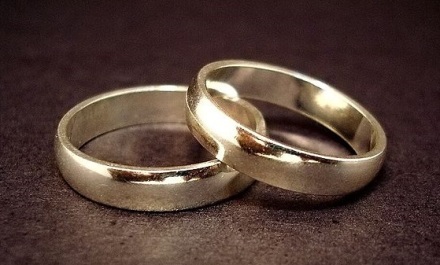 Weddings used to primarily remind me of all I couldn’t have, my easily startled psyche darting away from the encroaching shadows of jealousy and isolation. I would think, over and over, “I want this. I still want this.” There was always a bitter ache, a subcutaneous anxiety. Pain threatened my convictions and wove itself into every sensation. Unsurprisingly, I imagined that watching my best friend get married would be a similar experience, just exponentially moreso.

END_OF_DOCUMENT_TOKEN_TO_BE_REPLACED

Have you ever been dominated by a single word? One that follows you around like some indelible curse, tacked on by barbed comments or dragged along by a tether of your own design?

It coated me like a toxin on my skin, in my soul; I saw it in every mirror and tasted it in every breath. I hated it. And yet, at the same time, I needed it to survive. So long as I was weak nothing could be demanded of me and I could push away all that might complicate my life. If I’m so weak, I thought, I must protect myself. Tension and complexity and nuance became the enemy—threats to my fragile stability and brokers of an inevitable compromise. After all, I’m weak, I can’t handle it. A pious and poisonous half-truth that I believed for most of my life.

But that’s all changing. Through the years, as I have been increasingly involved in the discussion on faith and sexuality, God has used my weakness in countless ways to bring about moments of life and grace. Over and over I am reminded that being weak isn’t the problem—being selfish and bitter is—and what used to be a barren scar of paralyzing insecurity has proven to be fertile ground for solidarity and passion.

END_OF_DOCUMENT_TOKEN_TO_BE_REPLACED

A priest I know—we’ll call him Thomas—had studied in Rome as a seminarian some years ago. While there, he had become good friends with an English seminarian, Joseph, and the two would regularly spend hours walking through the Eternal City and talking. One day, they were walking through a Roman garden, and Joseph slipped his arm into Thomas’, drawing close as they walked. Instantly, Thomas tensed up, caught off-guard and uneasy.

Joseph turned to him and laughed: “Tom, you’re such an American. Relax. I just want to be close to you.”

We tend to think that touch and sight are things we simply do. We rarely contemplate how these senses are learned, how we not only touch and see, but also touch and see well or badly.

END_OF_DOCUMENT_TOKEN_TO_BE_REPLACED

My work as a psychologist has been in the study of sexual identity development among people of faith. I conduct research on the experiences of Christians who are navigating their sexual identity in light of their religious identity. Most of that research ends up at professional conferences and in peer-reviewed journals. I’ve been told that an average of three people actually read any peer-reviewed journal article, so I try to blog about some of the findings here and also discuss current happenings related to an institute I direct here.

I have conducted other studies as well—some truly controversial studies that are indirectly related to sexual identity development—and I will share in the future how those projects have changed the way I approach this topic.

How do I fit into all of this? My interactions with folks at SF have grown over time. I had read Ron Belgau’s work and Wesley Hill’s book quite a while ago, and I had the opportunity to meet and interact with Wesley in England a couple of years ago. I’ve also followed Melinda Selmys’ and Julie Rodgers’ blogs for some time now. Like most readers, I have benefited from learning some facet of their lives, the challenges they have faced either living single or celibate or living in a mixed orientation marriage. They have also challenged me to grow in important ways.

END_OF_DOCUMENT_TOKEN_TO_BE_REPLACED

Since I became a contributor for Spiritual Friendship, a number of people have asked me why I decided to start exploring the question of homosexuality within the Church and its relation to the lay vocation and the philosophy of the person. As a philosophy major, and therefore a super nerd, my usual first thought is “Isn’t the topic interesting enough? That’s three different and yet connected areas of human reality!”

Nevertheless, it is also true that my own background has led to this as well. Vicariously, I experienced the difficulty of the failure to accept people with SSA within the Church, a failure all too commonplace, through watching it happen more publicly to Joshua Gonnerman, who was already as a brother to me.