On July 26, 2018 from 1-5pm, Spiritual Friendship will host a pre-conference, immediately preceding the Revoice Conference in St. Louis. Featuring Ron Belgau, Matthew Lee Anderson, Johanna Finegan, and Br. Joe Trout, OP, the pre-conference will provide a theological foundation for thinking about desire, the fall, and the sanctification of human love.

All Revoice attendees must RSVP in order to attend the preconference.

How can gay, lesbian, and bisexual Christians love and experience love if God created human beings male and female, and His plan for sexual intimacy is only properly fulfilled in the union of husband and wife in marriage? This conference will provide a theological foundation to answer this question by fleshing out what the Bible and Christian tradition have to say about:

END_OF_DOCUMENT_TOKEN_TO_BE_REPLACED

I’ve obscured a couple of identifying details in the interest of discretion, but here is a true story.

Just before I came out in my mid-twenties, I had preached several sermons at a church where some close friends of mine attended. Those sermons had been warmly received, and many people who heard them encouraged me to continue seeking to discern whether I had a calling to pastoral ministry.

Then I came out.

END_OF_DOCUMENT_TOKEN_TO_BE_REPLACED

I started the process of coming out as gay and celibate just over a year ago when I came out to one of my best friends. It was the last Saturday in Lent which, ironically, also happened to be April Fool’s Day. Tragedy and comedy mixed together as Lent with all of its tragic-like focus on sin, its darkness, its cross bearing is mingled with April Fools’ Day, there to make a joke of it all. I’ve thought a lot about that day over the past year and I’ve come to think that there is something theologically significant about these themes of celibacy, tragedy, and comedy. Is celibacy merely a tragic existence that is to be pitied? Or is it a deep comedy, to borrow Peter Leithart’s phrase, in which there is ultimately a happy ending? A happy ending that is not simply a restoration of something lost, but is a surprise that moves us beyond anything that we could ever have been imagined?[1]

A few days after I came out to my friend he sent to me a link to “Treaty,” a dark, haunting song by Leonard Cohen. In the email, he wrote: “Kevin, I’ve wanted to show you this song for several months, but I’ve been afraid to. It seems so fitting for you, and for me. Now, it feels even more fitting than before.”

I have to confess, I loved the song (and still do). After he shared it with me I listened to it over and over and over again. The prospect of coming out had left me gutted, feeling empty. I binged on the song, letting it poke and prod my already festering wound, wanting to feel something, anything. I listened to it at night, alone in a dark house. I listened to it for what I am sure was more than half of the five hour drive to visit my friend the following weekend.

END_OF_DOCUMENT_TOKEN_TO_BE_REPLACED

Writing a review for my friend Greg Coles’ new book is a bit like taking a photograph of the Grand Canyon… using an old-fashioned camera… with a cracked lens… and overexposed film. It is doomed to fail utterly at the task of representing the experience of actually journeying with Greg as he relates his personal story of how he discovered that God could love gay people like himself, like me, and like others. For this reason, as well as due to the genre of Greg’s book (memoir), my comments here will not follow the pattern of a standard review, but will be instead a somewhat stream-of-consciousness reflection on how I was personally impacted by Greg’s story.

END_OF_DOCUMENT_TOKEN_TO_BE_REPLACED

Gregory Coles is the author of Single, Gay, Christian, a memoir about faith and sexual identity that will be released tomorrow (August 22) by InterVarsity Press. He’s also a piano player, a baker, a worship leader, and a PhD candidate in English, not necessarily in that order. 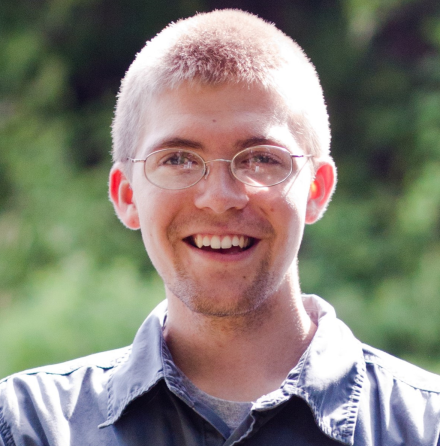 In my ideal world, being gay and celibate wouldn’t occupy a great deal of my thought life. (Not-having-sex doesn’t take very much time, after all…)

I’m not saying that I never want to think about being gay. It’s an important part of my experience of the world. The ways I’ve encountered Jesus, the dreams I’ve given up for him, the joys I’ve discovered along the way—those things are all indelibly informed by my sexuality. I face different challenges and enjoy different opportunities because of my same-sex orientation. The last thing I want to do is scrub away my life’s particular details with a bottle of Clorox and a sponge.

END_OF_DOCUMENT_TOKEN_TO_BE_REPLACED

I recently sat down with Darrell Bock of Dallas Theological Seminary — well, sort of; I sat in my office and talked with him via Skype — and I wanted to share that conversation here. Darrell interviewed me about my Washed and Waiting and Spiritual Friendship books, and while there may not be a lot that’s new here if you’ve heard me talk before, maybe it’s still something a few of you might appreciate.

Here’s the breakdown of the conversation:

Same-sex attraction and the Christian

Sexuality in 1 Corinthians 6 and Romans 8

Hill’s conversation with this parents

Jesus’ example of singleness and self-sacrifice

The concept of friendship

Friendships with a deeper lever of commitment

The need for friendship

Multiple layers of friendships and serving together

It is a gray Tuesday in November. The year is 1994, and I am a sophomore at the University of Washington in Seattle. I am pacing nervously up and down the sidewalk in front of Terry Hall, waiting for my friend Matt. Although long experience has taught me that he will be a few minutes late, I am five minutes early.

I rehearse the scene. Matt will arrive (a little behind schedule) and apologize that he didn’t make it on time. I will say it’s no big deal. We will shake hands. Then we will walk into the cafeteria, where we will grab lunch. We will chat about this and that—my classes, his job search, good books we’ve read recently, how we think the election will turn out.

END_OF_DOCUMENT_TOKEN_TO_BE_REPLACED

Yesterday I spoke in chapel at Asbury University in Wilmore, Kentucky. Here’s what I said:

In a few more weeks, at the end of November, those of us who worship in more high church or liturgical traditions will be starting our new church year. While the rest of the world celebrates the start of the New Year on January 1st, we’ll celebrate the start of the new Christian year on the first Sunday of Advent, the season that will lead us up to the first great feast of the Christian year, Christmas.

The word advent is a word that means arrival or appearing or coming. It’s the time of the year when we wait, once again, for the arrival of Jesus, for him to be born of Mary and laid in the manger and worshiped by angels and shepherds and kings. It’s a time of year when the church remembers that we have to be a patient and expectant and hopeful, pilgrim people. We have to look and long for the coming of the Messiah. And so we wait on tiptoe for several weeks, with hunger and yearning, for the shining feast of Christmas.

Advent may be my favorite time of the Christian calendar. Almost every year, I feel like I stagger into it with relief. After a long summer filled with all sorts of activities and travels, and usually, for me, a more chaotic schedule, I stumble into Advent and breathe a little more deeply and rest a little more easily. Advent reminds me of who I am, of Whom I’m waiting for, and what story I’m a part of.

END_OF_DOCUMENT_TOKEN_TO_BE_REPLACED

As the Spiritual Friendship blog’s resident Episcopalian, this is the kind of thing I gather I’m expected to have opinions about:

The bishop of Grantham has become the first Church of England bishop to publicly declare that he is gay and in a relationship. In a move that will be embraced by campaigners for equality but is likely to alarm conservatives who fear the church is moving away from traditional teachings, Nicholas Chamberlain said there had been no secret about his long-term — albeit celibate — relationship with his partner.

What should those of us who are traditional Anglicans—who continue to believe the Scriptural teaching that marriage is the union of male and female, with openness to the gift of children—make of a story like this?

END_OF_DOCUMENT_TOKEN_TO_BE_REPLACED

I was talking with a friend of mine the other day about the message we send to gay people who are trying to figure out what to do with their sexuality in light of their desire to live faithfully as Christians. He, like me, is a gay man in a mixed orientation marriage. So much of what Side B writers have communicated resonates strongly with him and certainly reflects his own experience, as it does mine.

Still, when you’re a minority of a minority of a minority, as is the case when you’re a Side B gay Christian in a mixed orientation marriage, the conversation often defaults to something that doesn’t really pertain to your situation. And my friend challenged the status quo of the Side B conversation, warning against a determinist attitude that sort of forces gay Christians into celibacy, rather than allowing them to receive it as a vocation. This is certainly not a new critique; it has been brought up before by Side A writers and thinkers, as well as those who would oppose the very language of sexual orientation. But is there something to it? Something that even Side B Christians can acknowledge should be tweaked or corrected—or at least clarified—in our remarks on faithful Christian living for gays and lesbians?