On July 26, 2018 from 1-5pm, Spiritual Friendship will host a pre-conference, immediately preceding the Revoice Conference in St. Louis. Featuring Ron Belgau, Matthew Lee Anderson, Johanna Finegan, and Br. Joe Trout, OP, the pre-conference will provide a theological foundation for thinking about desire, the fall, and the sanctification of human love.

All Revoice attendees must RSVP in order to attend the preconference.

How can gay, lesbian, and bisexual Christians love and experience love if God created human beings male and female, and His plan for sexual intimacy is only properly fulfilled in the union of husband and wife in marriage? This conference will provide a theological foundation to answer this question by fleshing out what the Bible and Christian tradition have to say about:

To be created in the image of God is to be created for love—both to love God and to love others. Even in the Garden of Eden, when Adam enjoyed perfect communion with His Creator, God said, “It is not good that the man should be alone.” This shows that human loves—between parents and children, husbands and wives, and friends—are an integral part of God’s plan for us. In our fallen world, however, all of these loves are liable to corruption by sin, and our desires for these loves are twisted in various ways.

In Washed and Waiting (2010), Wesley Hill explored the tension in his own life between being washed, sanctified, and justified (1 Corinthians 6:11) while still waiting for the redemption of our bodies (Romans 8:23-25): of living with the reality of ongoing homosexual desires while holding to a traditional Christian sexual ethic.

In our fallen state, our desires do not accurately point us to what is good and will bring true happiness. Even so, neither are our desires fully corrupted. We remain drawn to the good, though particular desires can lead us astray; there are glimpses of true love even in the midst of corruption. Thus sanctification is, in part, an education of desire. And virtue—which Augustine called the “art of living”—helps us to strengthen our good desires, while turning away from temptation. So that, as the Holy Spirit works to renew our hearts, our desires are gradually reshaped as we follow the paths of love—of friends, family, and Christian community—that we were created for. 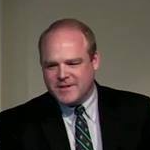 Ron Belgau is the cofounder, with Wesley Hill, of the Spiritual Friendship blog. He studied philosophy at St. Louis University, where he also taught ethics, medical ethics, and philosophy of religion. He was invited to speak at the 2015 World Meeting of Families during Pope Francis’s visit to the Philadelphia, and has spoken throughout the United States, as well as in Canada and the Great Britain. In addition to Spiritual Friendship, he has written for New Oxford Review, Notre Dame Magazine, First Things, Ethika Politika, and contributed a chapter to Venus and Virtue.

Matthew Lee Anderson is the lead writer and founder of Mere Orthodoxy. He is also the author of Earthen Vessels: Why Our Bodies Matter to our Faith and The End of our Exploring: A Book about Questioning and the Confidence of Faith. A graduate of Biola University and a Perpetual Member of the Torrey Honors Institute, he is currently pursuing a D.Phil in Christian Ethics at Oxford University. 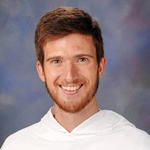 Br. Joe Trout, OP is chair of the Theology Department at Fenwick High School in Chicago. He received a degree in Math Education from Purdue University before joining the Dominican Order in 2010, and completed a Masters in Theology from Aquinas Institute in 2015, focusing his research on the relationship between morality and psychology based on the thought of St. Thomas Aquinas. As a Dominican Cooperator Brother, Br. Trout has enjoyed being part of a global effort to promote the brother vocation, presenting on it to Dominicans internationally.

One thought on “Spiritual Friendship: Learning to Desire Love”