A few days ago, he published a piece about my writings in Crisis Magazine. In the first, and by far the largest, part of the piece, which was based closely on what I have actually written, he took a very positive tone, recognizing that I have written a lot that unequivocally defends Catholic sexual ethics.

I appreciate his attempt at giving my views a fair shake. And, since the piece came out, Spiritual Friendship has had about 10,000 more page views than I would have expected based on past readership. So I’m glad that at least some of those who read his pieces in Crisis came over to check out what we had to say. I hope that they got a clearer picture of what we’re up to.

After spending most of his piece discussing the parts of my writings he agrees with, Ruse first alleges that my friends and I obfuscate the meaning of words. (I’ll return to this point more directly in an upcoming post.) But after chiding us for causing confusion, Ruse then launches into the most confused part of his piece.

Many of us, particularly those with young children, grow weary of the near constant barrage of gayness we are subject to. We see Kinky Boots at the Macy’s Thanksgiving Day Parade, and men getting married at the Rose Parade in Pasadena. We cannot even watch cooking shows without taping them in advance and having the pause button ready in order to avoid yet another gay back-story. We wonder how someone’s sexual or affectional desires are in any way our business. Yet they are made to be our business.

He calls this a “tsunamic assault.” I can only say that if this is a tsunami, then the heterosexual revolution in our culture in the last few decades is an asteroid impact.

I’m not a Catholic parent. Last fall, however, I was out shopping with my sister (I hate shopping, but she has two toddlers and it helps if there’s someone around to help her herd them through the stores; sometimes, this duty falls to me). We happened to be looking at Halloween costumes (to get an idea of what we were seeing, this is what Google produces if you do an image search for “female toddler Halloween costume“).

Some of those pictures just show cute toddlers dressed up in innocent costumes. But far too many of them show little girls already dressed and posed in ways that sexualize their self-image long before they understand what is happening to them. 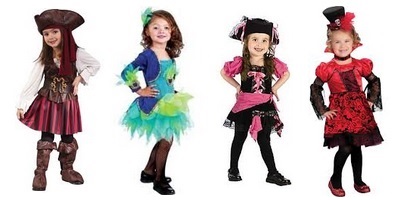 This got my sister started on a rant. She’s trying to raise two very young daughters in a culture which starts training girls to become sexual objects as toddlers. And, to put it mildly, she doesn’t like what the culture is doing to her daughters.

And that’s just what is happening with toddlers. If I started talking about Hugh Hefner, Hustler Magazine, sex in popular music, on television, in the movies, premarital sex, no-fault divorce, I could go on forever. But I don’t actually think that angry rants about the sexual revolution, whether about gay sex or straight sex, really do much to advance the gospel. I would rather make sure that whatever I say about sexual sin—and I certainly am willing to speak clearly about the dangers of sexual sin—is rooted in love for the person I’m talking about.

When a Catholic magazine profiles a heterosexual Catholic who works to promote Church teaching on chastity, they don’t spend the first two thirds of the article praising them for their fidelity to Church teaching, and then suddenly start lumping their subject in with Hugh Hefner, just because their subject happens to be attracted to the opposite sex.

I understand and appreciate how difficult it is for Catholic parents to raise children these days. I fear for my nieces in the world they are growing up in. But I think most Catholics recognize that the most effective way of promoting Church teaching on chastity is having compelling examples, people who are striving to follow Catholic teaching who can talk about the challenges of chastity in a thoughtful and realistic way.

When it comes to Catholic teaching on homosexuality, Spiritual Friendship is, as far as I know, the most prominent example of gay and lesbian Catholics who are committed to the teaching of the Catholic Church talking about how to live that out, either in celibacy or marriage.

If Ruse thinks that his style of culture war rant is more likely to win young Catholics over to Catholic teaching than our thoughtful discussion of our experiences, I can only ask my reader to think back to their own youth, and ask whether they were more drawn to people who spoke honestly about the challenges of chastity, or more drawn to those who ranted about the evils of the sexual revolution.

I don’t know what Kinky Boots is, and I’m afraid to Google it (though I am amused to learn that Ruse seems to be better informed about some parts of gay culture than I am). If he finds it natural to shift gears from talking about my work to talking about Kinky Boots, then it is very difficult for me to know how to start an intelligent conversation with him about his disagreements with our approach.

I defend Catholic teaching on sexuality. Some of Ruse’s challenges, regarding language or being open about sexuality, are interesting questions that Catholics need to address (and I will address them in upcoming posts).

However, the ease with which Ruse slides from talking about the writings of a Catholic who defends Catholic teaching on homosexuality to Kinky Boots suggests that he has a tendency to confuse a temptation to homosexual acts with homosexual sin, and to confuse both with the person tempted.

If Ruse slides easily from discussing my writing to discussing Kinky Boots, despite more than ample evidence that I believe in no uncertain terms that gay sex is a sin, it comes as no surprise to me that he is confused by some of the things I have written. But the problem, I think, lies more with his preconceptions than in my writings.

And this is what, ultimately, makes his post so difficult to respond to. He accuses me of being unclear. But then he writes as if I am, perhaps, much closer to Kinky Boots than I am to Orthodox Catholicism. It is hard to know how to go about clearing up his specific confusions about language and approach when he seems to be confused at such a fundamental level. It is even more difficult to know what to say, given that when he pays attention to what I actually say, instead of to his fears about the “gay agenda,” he recognizes that I say very orthodox things.

I will say more about his more specific criticisms soon. But the semester is about to start, and preparing for new classes takes priority over arguments on the Internet.

16 thoughts on “Confusion at Crisis”