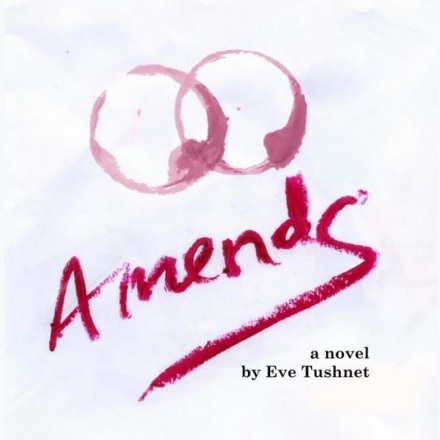 Eve Tushnet’s new self-published novel Amends (available as an e-book or a paperback) is peak Tushnet: there are more quirky one-liners than the best standup you’ve seen, more offbeat metaphors than even Michael Chabon can conjure; there are themes of friendship and sacrifice, themes of recovery and religion; there are gay characters, and there’s even a Christian one (the latter features in an extended scene near the end that moved me as much as anything I’ve read this year). The only favorite Tushnet theme missing from this hugely entertaining romp is figure skating, and she makes up for that absence by including a couple of hockey player characters for good measure.