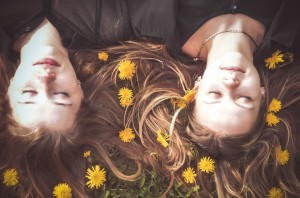 I’m reading Rachel Lu’s essay critiquing Spiritual Friendship in Living the Truth in Love: Pastoral Approaches to Same-Sex Attraction. I have much to say about it—first that it’s much more articulate and well-argued than most of the criticism that I’ve read of our “movement” such as it is. But more importantly, because it is more articulate it’s actually possible to figure out what seems to be the bottom line. And it’s a massive misunderstanding.

Lu writes, “it’s also fairly clear that, in entertaining the possibility of a special, erotically tinged friendship, Spiritual Friendship writers are looking for a relationship that would be unique to same-sex attracted people, which has no natural counterpart among the married, or among single people who nevertheless are attracted to the opposite sex.”

Basically, she seems to be talking about celibate gay partnerships. There has been a certain amount of back-room discussion on how SF should deal with such relationships. The answer has basically been, with caution.

We definitely do not mean the words “spiritual friendship” as code for a kind of formalized celibate gay relationship that is “unique to same-sex attracted people, which has no natural counterpart among the married, or among single people who nevertheless are attracted to the opposite sex.” When we say “spiritual friendship” we mean spiritual friendship. Not some kind of revolutionary new modern mode of friendship specially for gay people, but rather traditional Christian friendship which evolved from Classical friendship and which was articulated by St. Aelred of Riveaulx. (Interestingly, the third essay in the volume that contains Lu’s critique is a succinct summary of Aelred’s thought on friendship: “The Healing Role of Friendship in Aelred of Rievaulx’s De spirituali amicitia”.)

Spiritual friendships are not unique to gay people. They are also possible, and indeed should be encouraged, among single heterosexuals and married Christians. Lu asks “What reasonable husband would permit his wife to enter into an intimate “spiritual friendship” with another man?”

Well, mine. My dearest and closest friend, with whom I have a very deep, intimate and multi-dimensional relationship, is a guy. My husband very reasonably permits this because it in no way impedes or interferes with our marriage—quite the contrary. My friend spends his vacations with our family, is a godfather to one of my children, lived with my husband and I for a period, and he is an essential part of the support network for my family.

Part of the definition of spiritual friendship is that it conduces towards the mutual pursuit of holiness, so a true spiritual friendship between a married woman and another man must be a friendship that supports upholds her vocation as wife and mother—just as I support and uphold my friend’s vocation to lay religious celibacy.

A spiritual friendship between two gay men, or between a lesbian and a straight woman, or whatever, would have to be a friendship that helped both parties to pursue their vocations—including the vocation to chastity.

The problem here is that even if it seems to Lu that what’s wanted is “a peculiar sort of erotic love,” it seems to me that this is because that’s kind of what she (and others) expect to find. For example, Eve actually criticizes the kind of consuming, intense, eroticized friendship that Lu is afraid of. I mean, maybe that paragraph got cut in the final draft of Eve’s book (I read the manuscript before it was in its final form), but in the version that I read Eve talked very speficially about the problem of friends who are clingy and over-involved – those for whom friendship becomes a folie a deux. (Update: Eve on the need for detachment in friendship.)

I also know that a number of us in the SF crowd have had to cut off friendships because the other person was looking for…well, more than friendship. We’re well aware of the risks. Some of us, Ron for example, have the type of temperament that would tend to carefully vet and discern friendship before taking someone into his heart (Aelred in fact recommends this kind of caution.) Others, like me, are more likely to stumble into a toxic friendship and then have to dig our way out of it.

None of us think that these relationships, what Aelred would have considered “carnal friendships” masquerading as spiritual friendships, are some sort of ideal that should be pursued. On the contrary, whether you do it carefully and upfront, or haphazardly, post facto, discernment is really important in the formation of any intimate relationship. You need to know that this is someone who you can grow with, and who will help you to grow in Christ according to your mutual needs and your individual vocations.

21 thoughts on “Is Spiritual Friendship Code for Gay Unions?”