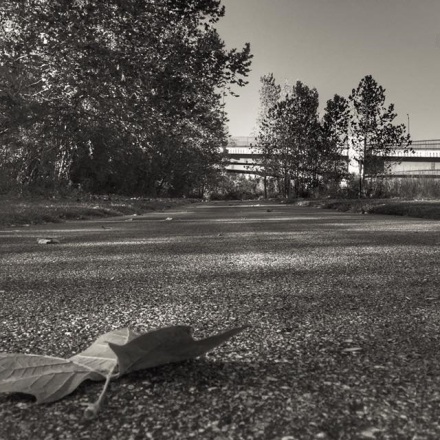 It was a chilly, fall afternoon in late October or early November, I can’t remember. There was a bite in the air, a warning sign of the coming brutal winter. I remember sitting in my car, shaking and nervous. I almost couldn’t breathe I was so scared. I was getting ready to have lunch with a man I had met only a few weeks before. He was the pastor at a church I had started attending, after I had just moved thousands of miles to a new city and new community. I didn’t know anyone yet, really, other than my own family.

I had started attending his church, and enjoyed his sermons. He had seemed quite approachable and caring— a good listener. So, after a couple of weeks, I decided to ask him to grab a bite to eat and ask if we could talk. I had a thousand things I was wrestling with at the time, things that I needed to get off of my chest. He kindly agreed to meet with me and to get to know me a little better.

We went in and ordered and nervously sat down in a booth in a corner. So here we were at this sub shop, two strangers carrying on small talk as I walked in circles around the subject, the main reason why I had asked him to lunch in the first place.

I was at a crossroads with my faith and my sexuality. I wanted to continue on in my life as a follower of Christ, but I couldn’t ever square that away with my sexuality. I had long believed (and had long been taught by others) that if I followed Christ, he would remove this from me and would “heal” me in the way I had long desired. And here, in the new city, while knowing so very few people, I needed someone to talk to about this. I was going crazy inside. Alone. Lonely. Confused. At a standstill on what to do next. Because frankly, my orientation wasn’t changing, and it scared me.

He listened patiently and quietly as I looked on with hopeful anticipation that this man would give me wisdom and impart some sense of grace or mercy to me.

I was wrong. He quickly and succinctly delivered his verdict on all that I had said, in a matter of fact tone, that being gay was not compatible with Christianity, and that until I was a heterosexual with only heterosexual attractions, my very salvation was in doubt, and that no Christian struggles with homosexuality, because its very presence shows that a person is not a believer.

I sat there in that sandwich shop, saddened, and if possible, in more despair than I had been in when I went in. I kindly thanked him for his time and for his thoughts, and we went our separate ways.

That meeting was the beginning of a very dark time in my life, a time in which I didn’t know who I was, when this realization started to set in—that the longed-planned-for removal of my attractions may never come at all.

Is God good? Is he kind? Does he hate me? Who am I? I wrestled for so long.

The next several months were full of confusion for me and for my future. Eventually, through other men leading me, caring for me, and loving me, I came out of the dark place. But since that meeting with the pastor, I’ve always wondered, why didn’t he say things that were biblical? Things that were simultaneously holding up truth as well as love and reality and grace and words that imparted life.

Here are the things I wish he had said to me on that day in the sub shop.

I wish he had thanked me for opening up to a near perfect stranger about some of the most personal and painful things in my life, knowing how hard that had to have been.

I wish that he had reminded me that God is larger than any struggle I’ve ever had or ever will have, including my broken sexuality.

I wish he would have told me that I was not an accident, an aberration, a screw-up, a black sheep, but that, like all members of the church, I was still struggling with the results of the fall alongside everyone else who struggles with their own sexuality.

I wish he had told me that I was welcome to ask hard questions of what the faith required for someone with such an orientation.

I wish he had told me that I was loved by God, and by the people of God.

I wish he had told me, with tears if necessary, what I already knew was a very likely possibility for my life: that celibacy may be my future vocation, as is required of all non-married Christians, including long term single straight men and women, widows and widowers, and those who have divorced in circumstances where the Bible does not allow remarriage.

I wish he had told me that the church was a safe place where I could be honest and vulnerable, where I could share my story, not with fear, but with the knowledge that I would be loved.

I wish that he had told me that the existence of a temptation or attraction was not the same thing as active sinning.

I wish he had told me that God may or may not remove by homosexual orientation. And that regardless of how my life proceeds, I don’t have to bank my hope on becoming heterosexual to lead a fulfilling life full of love. And that I don’t have to wait for it to be gone in order to start serving God with my life.

He didn’t say any of these things. Eventually, I would learn them from others for whom today I’m exceedingly grateful. Now, the reason for sharing this story, sharing how I wish it would have gone with a wider audience, is for one reason: this very well may happen to you.

I don’t have any ill will towards the pastor. I don’t think he meant to come across as he did. I just think he didn’t know how to respond to my situation because maybe he had never had to deal with someone like me in his time as a clergyman.

But, we can’t say that now. We must be prepared, whether clergy or laity, for a time not so much if, but when, a friend or co-worker or family member asks hard questions related to the Christian religion and sexuality. These conversations can be difficult and awkward. Telling a person that they may never be able to have what they most deeply desire is always going to be hard. But remember, the gospel calls every person to sacrifice, even though every person sacrifices in a different way. It’s okay to share with tears and with emotion; such frank conversation can be incredibly hard to swallow even if you’re not the person having to hear it.

Regardless, I encourage you to search out the hard questions and answers related to sexuality so that when you are approached, you can share the love of Christ, along with the truth of the scriptures, as they relate to sexuality. Strive to not be caught unaware, or give such wrong answers, so that the already broken-hearted walk away and are led to more despair and to more questioning.

God is kind. He does love me. I’m not a mistake or an aberration. The fall has affected me and the gospel does lay demands on me—demands on what I can and cannot do with my sexuality. But my life is not defined by whether or not this ever goes away on this side of eternity; it’s defined by the fact that I have been bought with a price, and that whether it’s removed or not, I am His, and He is mine.

12 thoughts on “What I Wish I Had Heard”