There is a fairly famous quote by cartoonist Lynn Johnston that goes, “The most profound statements are often said in silence.” Silence can be a powerful force. Failure to speak can be a form of speaking.

Today is the Day of Silence, a day where many around the country decide to refrain from speaking in order to stand against bullying of LGBT youth. The event originates with the Gay, Lesbian & Straight Education Network (GLSEN). As our cofounder Ron Belgau said in his post on last year’s Day of Silence, “On most questions related to sexuality, we hold positions very different from theirs. It is unlikely that they would endorse our approach, and we do not endorse theirs.” However, despite our disagreements, we do share a common concern for bullying. And days like today present us with wonderful opportunities to speak Christian compassion and love into the cultural issues of our time. 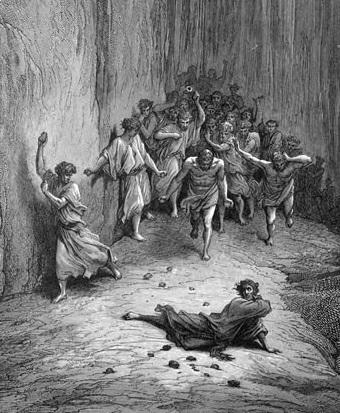 As I was reflecting on the Day of Silence this past week, I began to ponder the different types of silence that often accompany all things LGBT in the Church, and the messages that these silences speak.

For example, there is the silence that often comes from gay and same-sex attracted Christians themselves. Many wait years before confiding in anyone about the nature of their orientation. Some might never speak honestly, feeling constantly vulnerable and worried that the wrong people might find out. On guard 24/7. I have been exclusively attracted to the same sex for as long as I can remember, and yet I did not tell anyone about my orientation until age 26. Not one. Single. Person.

My failure to speak about my attractions spoke volumes. It spoke of my uncertainty about how my fellow Christians would react. Would I be treated with love and support, or hostility and shunning? Growing up, I heard a lot about how gay people were getting exactly what they deserved in the AIDS crisis, and that homosexuals (not homosexual activity, but the PEOPLE) were an abomination before God. And so I imported all of that talk into my own experience, and kept quiet.

Or how about the silence from LGBT people who are bullied because of their orientation but are afraid to speak about it for fear that it might lead to more mistreatment. This is the specific type of silence that the Day of Silence seeks to address, and it is one that I have participated in as well. When I was an adolescent, bullying was a regular part of my life. I was often called “faggot”, “homo”, and “queer” by my peers at school. I was pushed, slapped, and punched in the arms. Like I said earlier, I hadn’t yet told anyone about my attractions and I vividly remember thinking, “How in the world do they know?” But I never told anyone about this treatment. Not my teachers, not my parents, not my friends—no one. In fact, I’ve actually never spoken publically about the bullying I experienced until this very moment.

This silence also spoke a clear message. When I was younger, it spoke of the fear that those I might tell would join in the ridicule, or at least think that I deserved it. It spoke of the fear that the bullies might be reprimanded and consequently seek revenge. More recently, my silence in this area has spoken of my fear that my story might be co-opted by those out to push a certain agenda. “Oh, you were bullied as a kid? Well no wonder you’re gay!” (Never mind the fact that I had already experienced a consistent pattern of exclusive same-sex attractions by the time the bullying started.) And so again, I chose silence.

And it was very loud.

Or, how about when the Church is silent? Eve Tushnet speaks of that silence here:

So much of the “conservative” Christian world seems terrified of anything which might be misinterpreted as saying gay sex is OK. The fear is always, always that we might say something wrong, and not ever that our silence might itself cause despair, scandal, and loss of faith. My favorite variation of this approach is, “Well, I know what you’re saying, but other people might misunderstand.” I am pretty sure that ordinary people in the pews are already interpreting—and, I hope, misinterpreting—the huge echoey nothing they hear from their churches about gay or same-sex attracted Christians’ futures.

This is an area that Spiritual Friendship is intensely interested in. One of our main goals is to highlight positive vocations and avenues for flourishing that arise out of our various orientations. There is a positive calling for gay people in the Church, and yet many refuse to go there. What might this type of silence communicate? At the very least, it raises questions. Do churches care about those in their midst who experience attractions outside the hetero norm? Do they even acknowledge their existence? Is there hope for relational flourishing for them within the body of Christ, or is amputation inevitable? Maybe speaking about a positive vocation for faithful gay folks in the church isn’t worth the risk of misunderstanding.

Similarly, there is the silence of many conservative Christians who are reluctant to speak out against bullying of LGBT youth. The reasons are usually similar to those listed above by Eve; fear of being misunderstood, of being seen to fully agree on every issue with an organization such as GLSEN, of tacitly silencing Christians ability to uphold traditional sexual ethics (a loud silencing in itself, no doubt). These fears need not keep us from speaking out against LGBT bullying, nor does speaking require the elevation of LGBT bullying over other types. Ron says this in his post:

… traditional Christian convictions about sexual ethics are no barrier to acknowledging and trying to fix the bullying that LGBT youth experience. I think that all bullying is important and needs to be addressed. But in order to do that effectively, it’s not enough to just say “bullying is bad.” We need to understand different types of bullying and make sure that our anti-bullying policies are adequate to address all of the problems that need to be addressed.

As Christians we are to stand up for the weak and welcome the least of these. We are to affirm the intrinsic worth of every person as made in God’s image (Genesis 1:27) and therefore worthy of love. We are not to operate out of fear, but out of the perfect love of God that casts out fear (1 John 4:18). We stand against all forms of homophobia, which may lead to various forms of prejudice, mistreatment, and abuse.

And yet, as is true with any stance we might take, the risk of misunderstanding is ever-present. So the question again becomes, is it worth it? Is it worth the risk to break the quiet and to speak out against mistreatment of LGBT youth even if some might seek to twist and distort? Or is silence the safest message?

Perhaps the best way to answer that question is to consider the silence of another group: those who aren’t here anymore, who couldn’t take the pain. Consider those who ended their own lives because of LGBT bullying. They are no longer able to speak.

They are silent, and it is deafening. 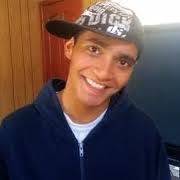 Brandon Elizares can no longer speak. He was bullied at school for being gay. His mother reports, “He’s been threatened to be stabbed. He’s been threatened to be set on fire.” He would say, “It’s ok, it does not bother me.” But despite his positive outlook, the last words he ever wrote were on his suicide note: “My name is Brandon Joseph Elizares, and I couldn’t make it.”

Phillip Parker’s silence speaks loudly. He was bullied repeatedly at school for his orientation, and yet his parents say, “We weren’t notified, and Phillip didn’t tell us about it.” He finally decided to break his silence, but it was too late. When his body was discovered, these words were found on a note in the trash: “Please help me mom.”

Kenneth Weishuhn is now silent. He ended his own life as well. After coming out, he was subjected to death threats and made the target of a “Facebook hate group.” His sister Kayla reports, “People that were originally his friends, they kind of turned on him…A lot of people, they either joined in or they were too scared to say anything.”

Silence. That deathly silence. Is it worth it?

12 thoughts on “That Deathly Silence”