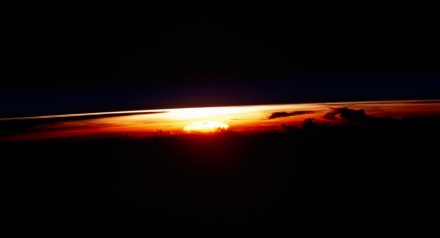 The writer of Ecclesiastes wrote that God “has put eternity into man’s heart.” I sometimes wonder if this means he has placed in our hearts a longing for permanence.

Unmarried or married, most of us will admit that we long for a place we can eventually “settle down” or “raise a family”.  If you are like me, perhaps you just want a place where you know that those closest to your heart are always close to your home.

Marriage and family are probably the most permanent things we can expect within our lives in the highly transitory culture that we live in. And being unmarried can often strike fear into many, including myself, because for most it sounds like a life lacking permanent companionship.

Of course, no relationship is permanent. Marriages fail, kids leave the house, tragedies happen. Death still ends the happiest of marriages, yet even the writer of Ecclesiastes knows that even though death comes to all that you should still “enjoy life with the wife whom you love, all the days of your vain life that he has given you because that is your portion in life…” Despite life being a vapor, the Preacher still knows that in our lives we find comfort in our toil through companionship. Even earlier in the book he mentions that “Two are better than one, because they have a good reward for their toil. For if they fall, one will lift up his fellow. But woe to him who is alone when he falls and has not another to lift him up!” The Preacher recognizes our need for loyal friends (not just spouses) in the hardness of this life.

Ever since Adam was alone in the garden, we as humans have desired companions. We have desired friends to go about life with us and to help cultivate the Earth through our work. However, because of the Fall we no longer possess a permanent residence. We like Adam and Eve are without a permanent home in this life. Yet even in being banished from Eden, Adam and Eve were sent out together. Marriage is a taste of the home we once had without actually being there. However, again, all marriages end. Even Jesus Himself said that in the resurrection, “they neither marry nor are given in marriage.” Whereas those who are now married taste the permanence of the coming, intimate depth of Christ and His Bride in a more tangible way, those who are now unmarried can taste the permanence of the coming, intimate width of that love abounding across the Body and in cultivation of the new Heavens and Earth.

As earthly marriage is, in some ways, reminiscent of Eden, being unmarried is, in some ways, both a conscious longing and subtle foreshadowing of the new Heavens and new Earth. Both of course hope and reminisce of that which once was and that which will be in their own particular ways. This is not to say one is better or worse than the other, but both offer complex challenges. And for those unmarried, it means the longing for a permanent home may feel more keen and more exasperated because it is not as tangible. This I find to be both a blessing and a curse. Like the Apostle Paul said, “Yet those who marry will have worldly troubles, and I would spare you that…For the present form of this world is passing away.” The longing for the permanence we tangibly lack hurts, yet it makes us more eager for “the things of the Lord” or more desirous of that which will not pass away, as Paul would have it. Although marriages will no longer exist, except the marriage between Christ and His Bride, I cannot imagine that the friendships we have in Christ will ever be lost. Whereas those married may have a sample of that Marriage to come, those unmarried also get a taste of something permanent to come—namely in vast, rich friendships when we “neither marry nor are given in marriage”.

There is certainly a better day coming: a day when friends do not depart, a day when tears are no longer lost on the graves of those we love, and a day everlasting in communion with the very One who has always been and will always be. The One who has called himself “the beginning and the end” has written eternity on our hearts, and like Augustine once wrote, “he has made us for himself.”

“They will see his face, and his name will be on their foreheads. There will be no more night in the city, and they will have no need for the light of a lamp or of the sun. For the Lord God will shine on them, and they will reign forever and ever.” Revelation 22:4-5