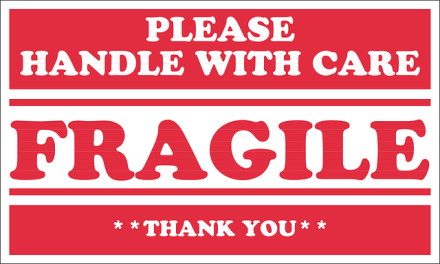 Sometime last year, I began reading about White Fragility. The phrase was coined by Dr. Robin DiAngelo, an accomplished academic whose work has been featured in various publications over the years. You can read her seminal piece on White Fragility here.

Below is a synopsis of White Fragility taken from DiAngelo’s aforementioned paper:

White people in North America live in a social environment that protects and insulates them from race-based stress. This insulated environment of racial protection builds white expectations for racial comfort while at the same time lowering the ability to tolerate racial stress, leading to what I refer to as White Fragility. White Fragility is a state in which even a minimum amount of racial stress becomes intolerable, triggering a range of defensive moves. These moves include the outward display of emotions such as anger, fear, and guilt, and behaviors such as argumentation, silence, and leaving the stress-inducing situation. These behaviors, in turn, function to reinstate white racial equilibrium…

Learning about this helped me to understand what so often happens when conversations about race go awry. Many white people of upstanding moral character, even many whose religious convictions lead them to abhor racism, quickly become defensive at the slightest suggestion that they may be – even unknowingly – morally culpable for or benefiting from societal racism, to one degree or another. And I came to see that White Fragility explains, in part, the inability of many to even consider the idea of White Privilege.

This helped me in very practical ways. Not only was I able to identify this phenomenon in other people, I could see it in myself as well, and understanding a little about it, I was better able to stay grounded in conversations about race that got pretty tense and uncomfortable.

But it helped me in other, unexpected ways too. Just as I was now able to recognize White Fragility at play when conversations about race ran up against brick walls, I was seeing a lot of parallels in conversations with straight people about sexual orientation. The concept of fragility helped me to make sense of what was happening when many straight people became defensive, angry, or disengaged when homophobia entered into the discussion.

I googled the term to see if it was already in use. I found an article that was mostly about the trans-bathroom controversy that had “Straight Fragility” in its title, and another about homophobic violence that alluded to the term. But they both came at it from a somewhat different, albeit related angle.  So it seems at present, this isn’t a thoroughly explored concept, but I think it’s one that will resonate with many lgbtq people right away, as they’re likely intimately familiar with its outworking.

It’s true that many Americans today have shifted in their thinking regarding gay marriage, trans rights, etc. In fact, the majority of Americans now support gay marriage as well as other lgbtq rights. Many conservatives would point to this as evidence of the nation’s continual moral decay. I disagree. I think it is evidence of growing empathy.

Most Americans have had an unbiblical sex ethic for a long, long time. The only thing that has changed now, is that many of them have come to see the hypocrisy in the double standard with which lgbtq people have been treated. Gay people, and increasingly, trans people are more visible than ever, and it’s much harder for the dehumanizing stereotypes that have been so prevalent throughout much of history to stick.

Likewise, many Christians are shifting to a gay-affirming theology (sometimes called Side A). I’ve made it clear that I believe them to be in error. But I don’t think the shift can be chalked up simply to a caving to societal pressure to adopt worldly beliefs. There are many  thoughtful Christians who are willing to stand opposed to the culture on a number of other issues who have come to believe that God blesses monogamous same-sex unions.

There are many elements that lead some Christians to adopt the Side A position. It’s a complicated issue made all the more complicated by our cultural and historical distance from the biblical authors. And it’s not just a matter of simple right vs. wrong. There are some serious problems with much of the conservative church’s approach to homosexuality, and really, to sexuality in general. And it’s not just a lack of empathy. I’ve said before, that it seems a lot of Christians’ sex ethic is just the world’s sex ethic with a ring on it. In many cases, the journey that leads Christians to switch to gay-affirming theology begins with the lack of empathy they often see from those who hold the traditional view, and it is helped along by these other discrepancies.

Fortunately, many conservative Christians are starting to realize this. And they are ready to have conversations. This is great news, but there’s a long way to go. Because while they are ready to extend long-overdue empathy and compassion to the gay community, they’re not always ready to hear some of the hard things.

They’re not always ready to hear that Christians have been grossly hypocritical in their treatment of divorce and remarriage and of heterosexual sin. They’re not always willing to hear that many straight Christians enter into marriage with a sinful, self-gratifying attitude toward sex, and it’s often glossed over because it’s seen as natural, and as long as it’s in the context of marriage, perfectly acceptable.

And they’re not always ready to offer love and compassion without qualifiers. They’re certainly not always ready to offer apologies without qualifiers. “I love you but… I’m sorry for how you’ve been treated, but… I grieve with you in this horrible tragedy, but…” is never appropriate. But Straight Fragility, perhaps more particularly religious Straight Fragility demands it. And when a straight conservative Christian does show unqualified remorse and compassion to the lgbtq community? Well, it’s time to reel him back in and get him back in line and demand more clarification.

In short, there are many, many Christians who are happy to adopt a kinder, gentler conservatism. But when the conversation turns to things that may be uncomfortable, things that require some self examination, some reassessing, and perhaps some painful changes on the part of the church as a whole, and straight Christians individually, that number drops considerably.

To my straight Christian friends who’ve been trying to navigate this conversation that’s been thrust upon you by the changing tides in our culture: I know it’s uncomfortable. But I’m asking you as your friend and a fellow believer, to step into that discomfort and stay there for a while, knowing that those of us who are gay and Christian have been living in it for most of our lives.

Please hear me when I say that I’m not trying to demonize or vilify you. Instead, I’m trying to do the painful, difficult job of showing you that that is exactly what so much of the conservative church has done to gay people. And people like me can write article after article, give talks and lectures, and have conversations with straight people until we’re blue in the face. But it’s going to be up to people like you to affect change. So I have a vested interest in your hearing me out. And that’s why I’ve highlighted this thing I’m calling Straight Fragility.

My hope is that if you are aware of it, you can recognize it when it surfaces, and you can resist it, choosing instead to remain humbly engaged, moving toward real progress and reconciliation. And when you recognize it in others, you can humbly come alongside them and help them do the same. I know that it sometimes doesn’t feel this way, as you’re increasingly harangued by our culture for some of your deeply held beliefs (beliefs that, by and large, I share with you), but you are in a place of privilege in this situation. And your voice matters. Please use it responsibly.

12 thoughts on “On Straight Fragility”