As many of our readers know, the Catholic Church’s Synod on the Family has been meeting in Rome for the last several weeks. The pastoral care of homosexual persons was among the most contentious issues at the Extraordinary Synod on the Family last year, and got a lot of attention in the lead-up to this year’s Synod. There was thus a great deal of anticipation—and even outright anxiety—regarding the final result. 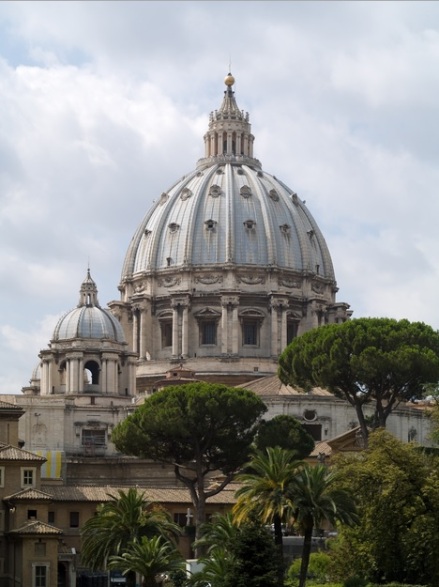 The final report has now been released (in Italian).  There was only one paragraph dealing with the pastoral care of homosexual persons. Here is an unofficial English translation of that paragraph (courtesy of Aleteia):

76. The Church conforms her attitude to the Lord Jesus who in a limitless love offered himself for every person without exception (MV, 12). Regarding families who live the experience of having within their family persons with homosexual tendencies, the Church repeats that every person, independently of his sexual tendency, is to be respected in his dignity and welcomed with respect, careful to avoid “every sign of unjust discrimination” (Congregation for the Doctrine of the Faith, Considerations regarding proposals to give legal recognition to unions between homosexual persons, 4). May special attention be reserved also for the accompaniment of families in which persons with homosexual tendencies live. Regarding proposals to equate unions between homosexual persons with marriage, “there are absolutely no grounds for considering homosexual unions to be in any way similar or even remotely analogous to God’s plan for marriage and family. Marriage is holy, while homosexual acts go against the natural moral law. Homosexual acts “close the sexual act to the gift of life. They do not proceed from a genuine affective and sexual complementarity. Under no circumstances can they be approved” (ibid.). The synod holds that it is entirely unacceptable that local churches suffer pressure on this matter and that international organizations make financial help to poor countries conditioned on the introduction of laws that institute “marriage” between persons of the same sex.

Over the last couple of days, several people have reached out to me to express frustration with how little the Synod said on the topic of homosexuality. Others were frustrated that the final report focused primarily on the pastoral care of families of homosexual persons, rather than addressing the pastoral needs of homosexual persons themselves. This is an understandable concern, especially in light of the amount of focus on homosexuality in the reaction to last year’s Synod, and in discussions leading up to the Synod this Fall. However, it’s worth emphasizing that this was the Synod on the Family, not a synod on sexuality more generally.

I don’t, of course, have any inside information about why the Synod Fathers chose to address homosexuality in the way that they did. However, the summary texts coming from the Synod’s working groups may give at least a bit more context for understanding their thought processes.

If I have read the French, Italian, Spanish, and German reports correctly, the subject of homosexuality was addressed much more briefly in the Italian and German groups than it was in the English groups, and not addressed at all in the French or Spanish groups. I will focus here on the reports from the English-speaking working groups, while acknowledging that this may provide a somewhat biased perspective on the Synod as a whole.

The group was also divided on the question of support for families with homosexual members and for homosexual people themselves. Some wanted to delete any reference to homosexuality, but this won little support in the group. We opted for a briefer treatment, but also asked that the final document include at an appropriate point a clear statement of Church teaching that same-sex unions are in no way equivalent to marriage. We were clear, however, that in this Synod we were not addressing homosexuality in general but within the context of the family. We were equally insistent that we address this issue as pastors, seeking to understand the reality of people’s lives rather than issues in some more abstract sense.

This report makes clear that, at least within this working group, the bishops did not think they should try to address the whole problem of homosexuality and the pastoral care of homosexual persons. Rather, they were focused on problems that affect families, and only wanted to address homosexuality as it related to the family. (This may also help to explain the relative lack of focus on homosexuality in the non-English working groups.) Working Group D made this point even more explicit:

The section on the pastoral care of persons with homosexual tendencies sparked much discussion. Some members thought that this issue should be removed from discussion in the Synod on the Family. They felt that it’s important enough to have a specific synodal meeting on the topic itself. Some suggested that the wording of the Catechism of the Catholic Church No. 2357-2359 should be used. Others saw that option as possibly damaging the credibility of the Church in Western Europe and North America.

We spoke of the importance of pastoral attention to persons with homosexual tendencies, with special attention to families in which a person with same sex attraction is a member. The Church as the spouse of Christ patterns her behavior after the Lord Jesus whose all-embracing love is offered to every person without exception. Parents and siblings of family members with homosexual tendencies are called to love and accept these members of their family with an undivided and understanding heart. We call on the synod to affirm and propose anew the entirety of Church teaching on love and chastity. We encourage parents and family members to have confidence in it as they love and accompany one another in responding to the Gospel’s call to chaste living.

Taken together, these comments make clear that many of the Synod Fathers (at least in the English working groups) consider the pastoral care of homosexual persons an important topic. They are quite aware that they left many questions related to it unaddressed, which is why some suggested that it may be important enough to warrant a synod of its own. It remains to be seen the extent to which the other working groups—whose members, after all, came into the Synod from different cultural situations and often with different ideas of what pastoral questions the Synod needed to address—would agree with the suggestions that emerged from the English working groups.

It also remains to be seen how the Church—whether at the local or universal level—will address the concerns about pastoral care which the Synod Fathers, at least for the present, chose to set aside.